Go Back to Shop All Categorieswatches
HomeBlogwatchesA Closer Look At The Ref. 605 HU Patek World Timer, One Of Last Weekend’s Star Lots

A Closer Look At The Ref. 605 HU Patek World Timer, One Of Last Weekend’s Star Lots 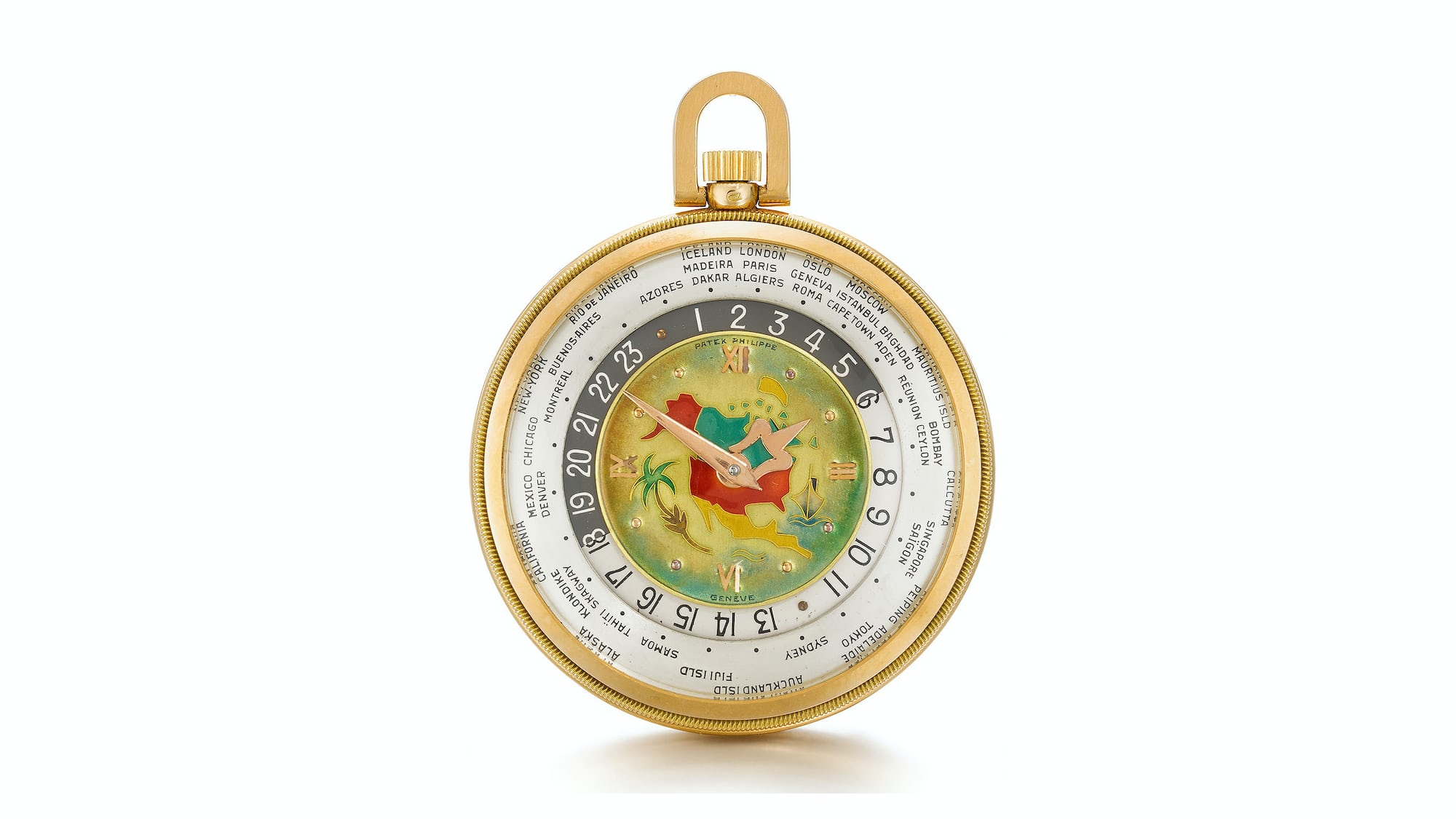 One of the reasons I’m such a fan of this reference is because it’s pretty much the best of the best of high-end mid-century Swiss watchmaking in one drop-dead gorgeous package – a sort of singularity of Swiss-ness, if you will. Impeccable movement finishing representing the acme of craft and good taste in the art; a useful complication that is very much an expression of its era, but also very contemporary; beautiful proportions; and finally, enamelwork done when the top craftsmen in Geneva were in full possession of their powers and could deploy for the enjoyment of their clients the accumulated knowledge of hundreds of years of trade secrets. For the collector, on top of everything else, there is great rarity, as well as the frisson of knowing that, in one of the many ironies you apparently get in watch collecting, these were not a commercial success for Patek. Then as now, most people wanted a wristwatch, although there are increasing signs that for serious collectors seeking something really expressive and out of the ordinary, pocket watches are, more and more, seen as having real potential. Certainly, based on these results, the ship’s already come in for the 605 HU.

The watchmakers featured in the article include Bart Grönefeld, Stephen Forsey, and Roger Smith – who shares a very unique story involving George Daniels and the testing of the Co-Axial Escapement on a Rolex caliber 3035. The movements chosen range from a Valjoux Calibre 5 to a 200-year-old Breguet pocket watch regulator tourbillon, with a...

One of the most widely discussed launches of 2020 so far was from Audemars Piguet, and it was not a Royal Oak, nor was it a new model in the Code 11.59 family. It was instead the [Re]Master 01, which is an unusual take on re-imagining a vintage timepiece in contemporary terms – a chronograph...