Go Back to Shop All Categorieswatches
HomeBlogwatchesAuction Report: 101 Cartier Clocks Coming Up For Auction This Summer At Christie’s Geneva

Auction Report: 101 Cartier Clocks Coming Up For Auction This Summer At Christie’s Geneva 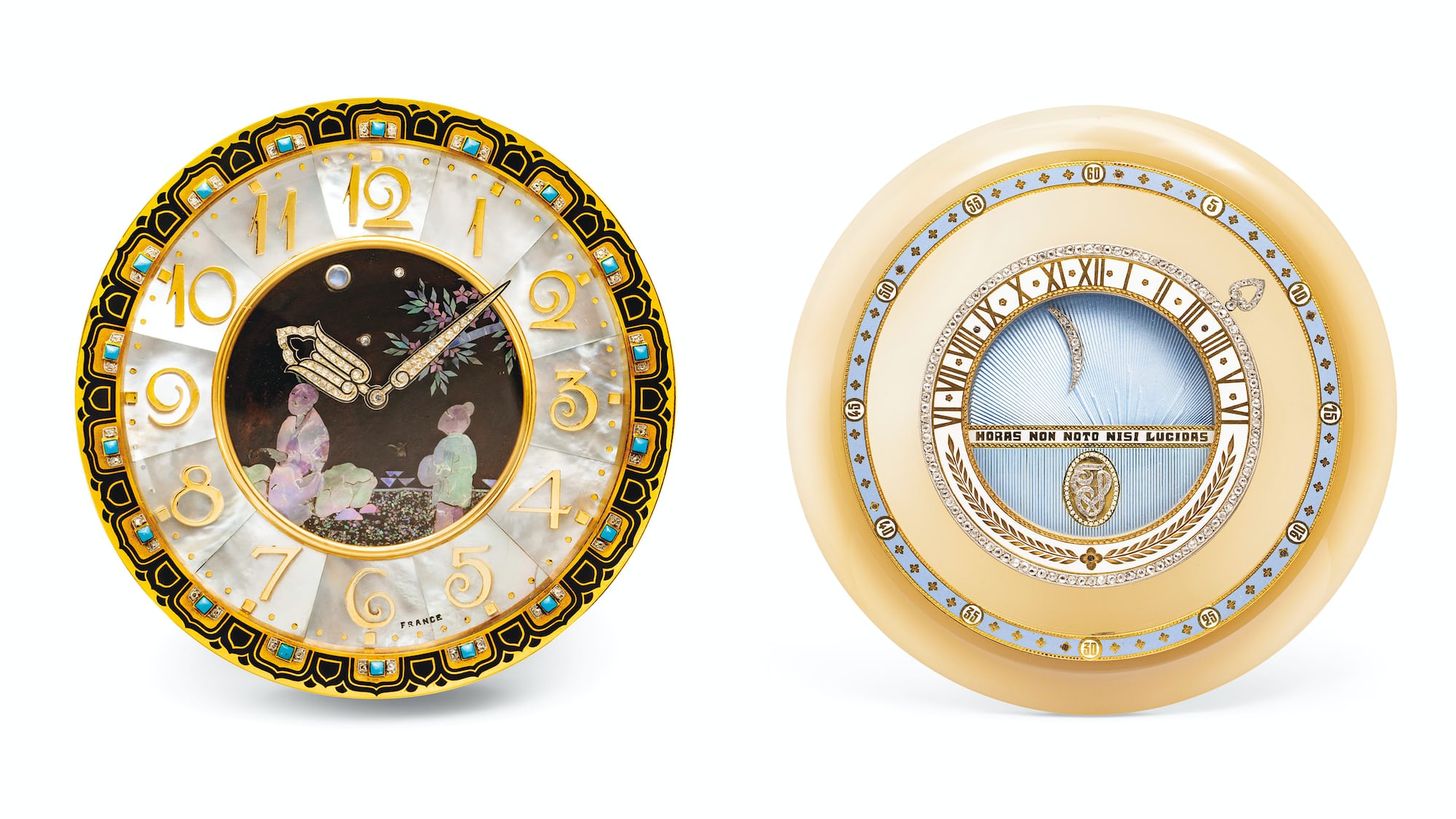 This particular clock has been at Christie’s before. In 2008, it hammered for CHF 133,000, over a high estimate of CHF 50,000, which is obviously a rather eyebrow-raising result. It’s both an amazingly opulent and beautifully balanced design, with a central dial in a very delicate pale blue enamel over guilloché (a technique known as flinqué) in an agate case, with rose-cut diamonds around the hour chapter ring. The estimate on this lot is CHF 140,000–200,000 or $150,000-210,000, which, given the result in 2008, seems perfectly realistic. This is a wonderful example of the synthesis of different decorative crafts, as well as the horologist’s art, and a work of beautiful serenity made on the eve of a very un-serene time in the history of the 20th century.

This week, we focus on retailers at the power center of two nations: Liljenquist & Beckstead Jewelers in McLean, VA, part of the greater Washington D.C. area, and Projekt8 in Manama, Bahrain, a small island state in the Persian Gulf. The former was established in 1978, when Jimmy Carter was occupying the White House down...