Go Back to Shop All Categorieswatches
HomeBlogwatchesBring a Loupe: A ‘Neo-Vintage’ Calatrava, A Stepped-Bezel Vetta, And A Chronograph With Military Provenance

Bring a Loupe: A ‘Neo-Vintage’ Calatrava, A Stepped-Bezel Vetta, And A Chronograph With Military Provenance 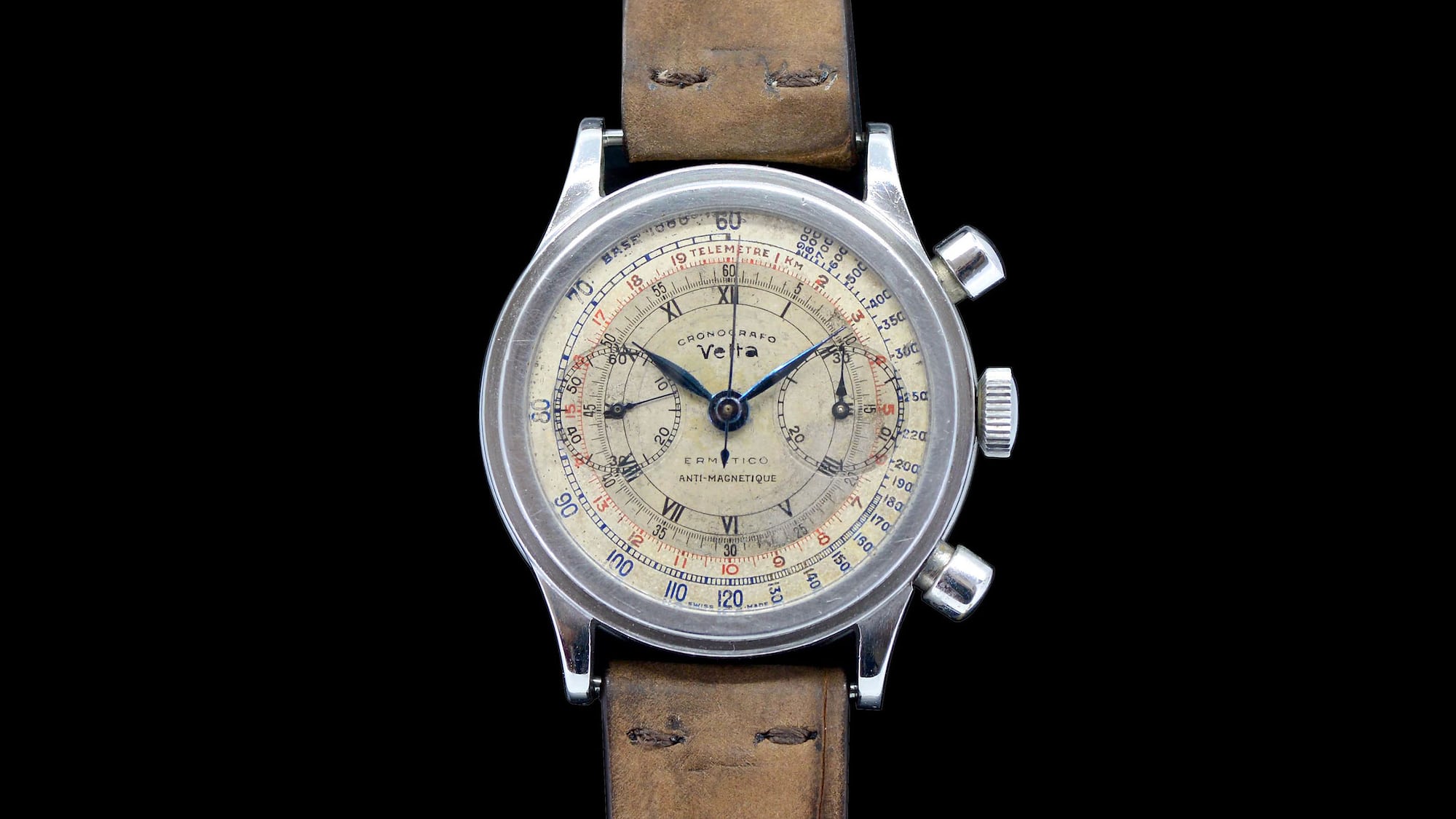 Before being transported back to England, the Lieutenant Colonel lived a good life as an internee in Sweden. Still receiving military pay, Burtner set his sights on a chronograph wristwatch that he’d have the retailer engrave with his name, branch, and serial on its caseback. Speaking of its caseback, it’s also got two lines of text which read “SANDWIKEN STÅL IMPORT,” confirming it was indeed first sold in Sweden. With a variety of photos showing the airman wearing the watch, his plane, and the retailer the watch was purchased from, this is a seriously well-put-together listing, reflecting the extensive research done by its current owner. For the money, it’ll be tough to find a piece with more history to boast.