Go Back to Shop All Categorieswatches
HomeBlogwatchesHands-On: The CWC Mellor-72 – HODINKEE 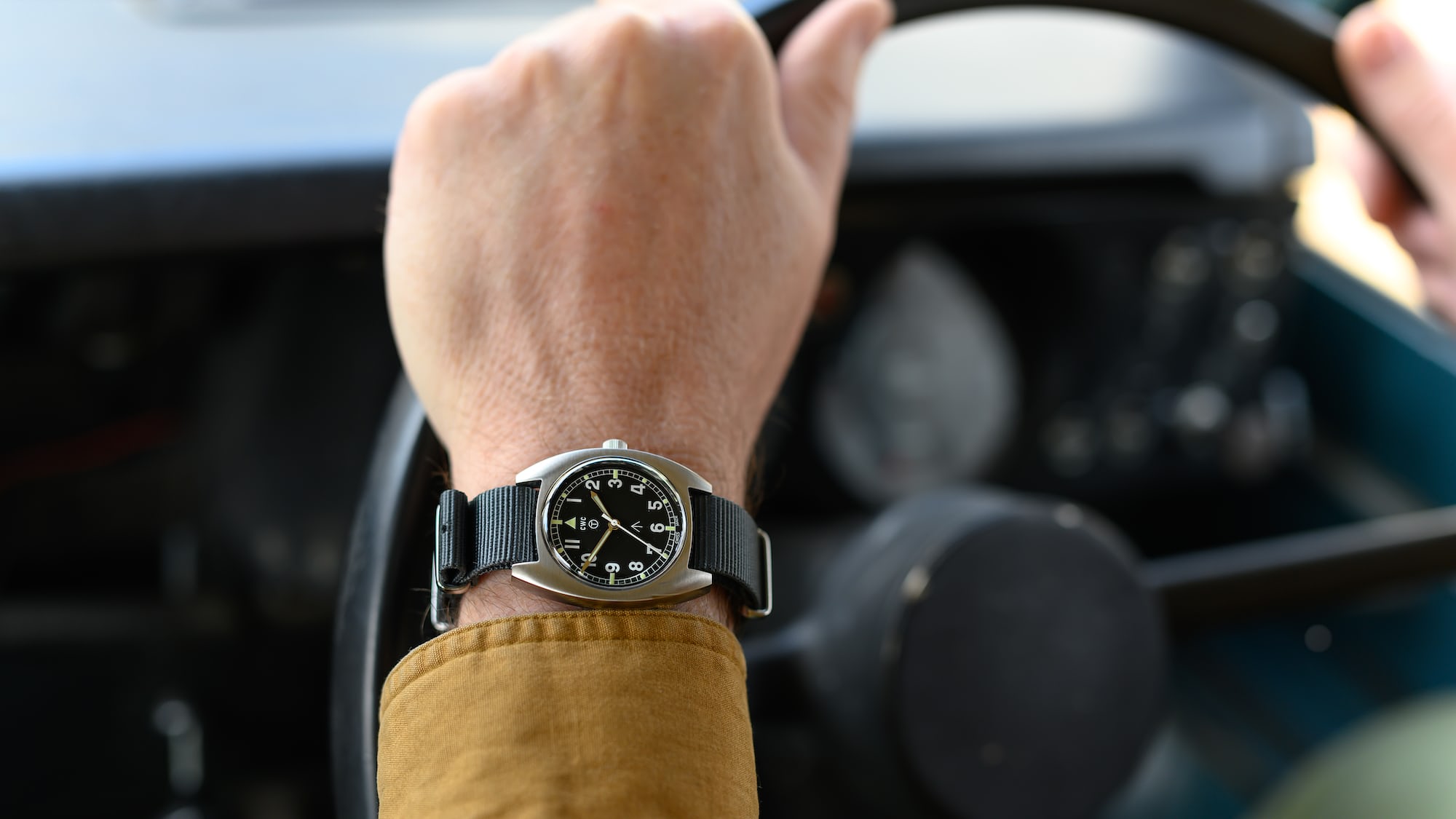 The watch in question, the Mellor-72, is a nearly exact recreation of the first watch CWC sold starting in, you guessed it, 1972. It is based on the specification for a “General Service” watch put forth by the MoD in the late 1960s. If the watch looks familiar, it’s probably because tens of thousands were made and issued, and many are still in circulation thanks to military surplus sellers, eBay, and military watch collectors. Unlike the rarified air of MilSubs, they fall firmly in the “cheap and cheerful” camp, and for those craving a bit of issued military horology, a vintage example is possibly the most affordable way to dip a toe. These watches, descended from the “Dirty Dozen W.W.W.” watches of the 1940s, follow the familiar formula of a sober black and white dial with Arabic numerals, no date, a hand-wound movement, and a hackable center seconds hand. As you might expect, the crow’s foot/pheon/broad arrow is printed on the dial, denoting property of Her Majesty’s government.

The Grey NATO: Episode 106: The Isolation Tapes // A Refreshing Watch

Back for week… we don’t even know, but TGN is back because it’s definitely 100% Thursday. In this episode, Jason and James are chatting everything from new weights to the history of the SAS, some new reviews, and a lot more. The main topic surrounds the idea of a “refresher watch” the sort of watch...

HOLY TRINITIES /// Tambourine – Vulf (YouTube) I’m taking a gamble with this one as this is a video that is all about its odd-ball delivery. Born from the mind of Vulfpeck frontman Jack Stratton, Holy Trinities is a cult series from the Vulf side of YouTube that has Jack offering his take on the...