Go Back to Shop All Categorieswatches
HomeBlogwatchesIn-Depth: The Audemars Piguet [Re]master01 (And Some Thoughts On How To Judge A Watch)

In-Depth: The Audemars Piguet [Re]master01 (And Some Thoughts On How To Judge A Watch) 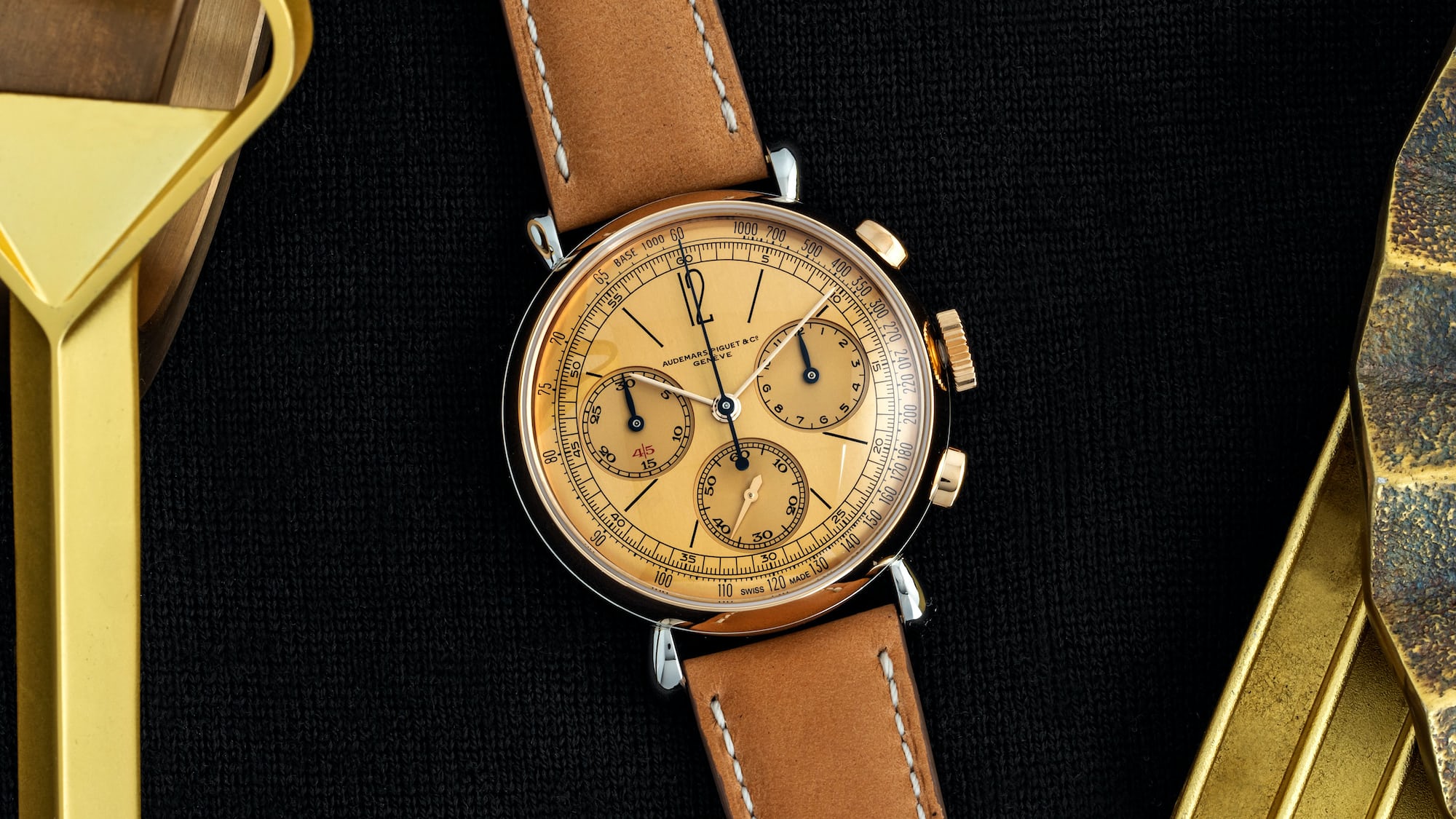 The watch’s oversized case is two-tone, with a stainless steel caseband, lugs, and caseback, and pink-gold bezel, pushers, and crown. Those lugs are long and teardrop-shaped, the crown is flat and the pushers almond-shaped, and the bezel is slightly domed, giving the watch a tall, architectural feel. And then there’s that dial, which Phillips aptly described as the color of rosé champagne in an auction listing (more on that later). It’s close to the color of the pink-gold case components, but darker and a bit richer. The dial also has an extended Art Deco “12” at the top, slim hour markers, a blue tachymeter scale around the outer edge, and a red “4|5” on the chronograph minutes counter, placed there for timing the halves of a soccer match. Finally, the dial is signed “Audemars, Piguet & Co.” and “Genève” at 12 o’clock, as it was assumed international customers would have no idea what “Le Brassus” even meant.

It’s well known that Carole Forestier has developed Cartier’s technical prowess in movement design almost single-handedly. It’s even more widely known that Gerald Genta designed the Royal Oak, but can you name the person who designed the Rolex Submariner? Or perhaps the person behind the caliber 4130 used in the Daytona? Rolex doesn’t cite employees’...