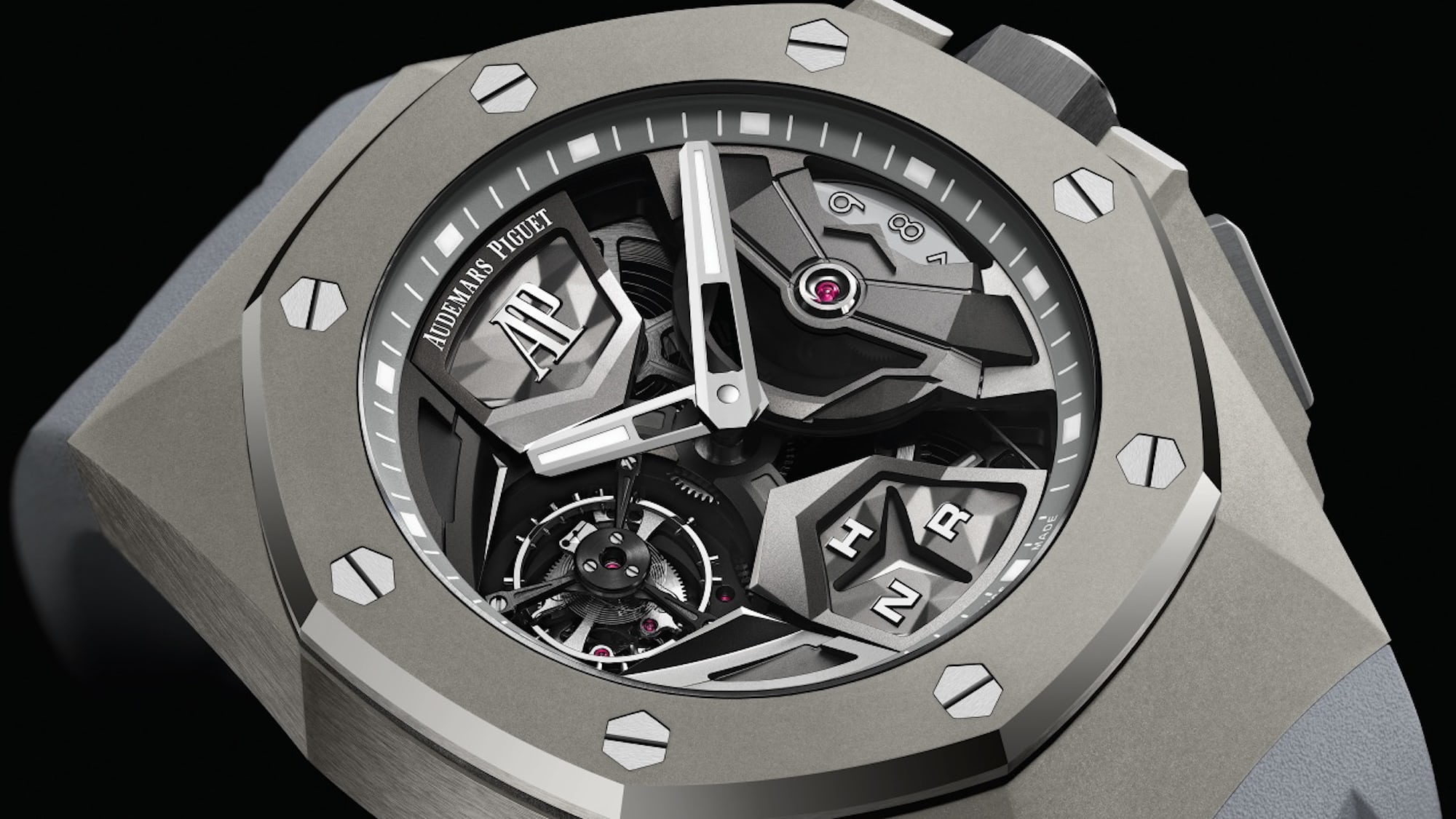 The watch we are introducing today is actually the second Royal Oak Concept Flying Tourbillon GMT. The first version came out two years ago and was itself a refresh of the slightly differently named Royal Oak Concept GMT Tourbillon. What made the refreshed 2018 version different was its asymmetric design and its use of a bridge-less (or flying) tourbillon.

The watch of two years ago combined a titanium case, a black ceramic bezel, a blacked-out dial/movement, and applied rose-gold accents, which added up to a pretty flashy look. Today, in a limited edition of 30 pieces to be sold through Paris AP retailer Arije,  we’ve got a Royal Oak Concept Flying Tourbillon GMT that delivers a much more low-key vibe. Virtually everything about it is a muted, monochromatic grey, including the display, the rubber strap and clasp, and even the movement’s back.

The large case is made from sandblasted titanium and has been fitted with a bezel that is also made of sandblasted titanium. There are still some ceramic components, namely the screw-down crown and the push-piece on the side of the case, but they are also rendered in grey.

The A-12 was the first airplane made from titanium when it took to the air in 1962. Titanium was scarce in the United States, so the CIA set up a series of bogus companies to source all the raw material from Russia, the leading expert on titanium manufacturing at the time. Working with titanium was...

In 1947, our grandfather, Julian Newbauer Sr., decided to expand our family’s diamond wholesale business from New York City to Miami. Rather than using his last name, he decided to name the business after his nickname, Kirk. With his retail store in bustling Downtown Miami, his desire was to bring customers quality merchandise and the...