Go Back to Shop All Categorieswatches
HomeBlogwatchesIntroducing: The De Bethune DB28XP, An Extra-Flat Celebration Of 10 Years Of The DB28

Introducing: The De Bethune DB28XP, An Extra-Flat Celebration Of 10 Years Of The DB28 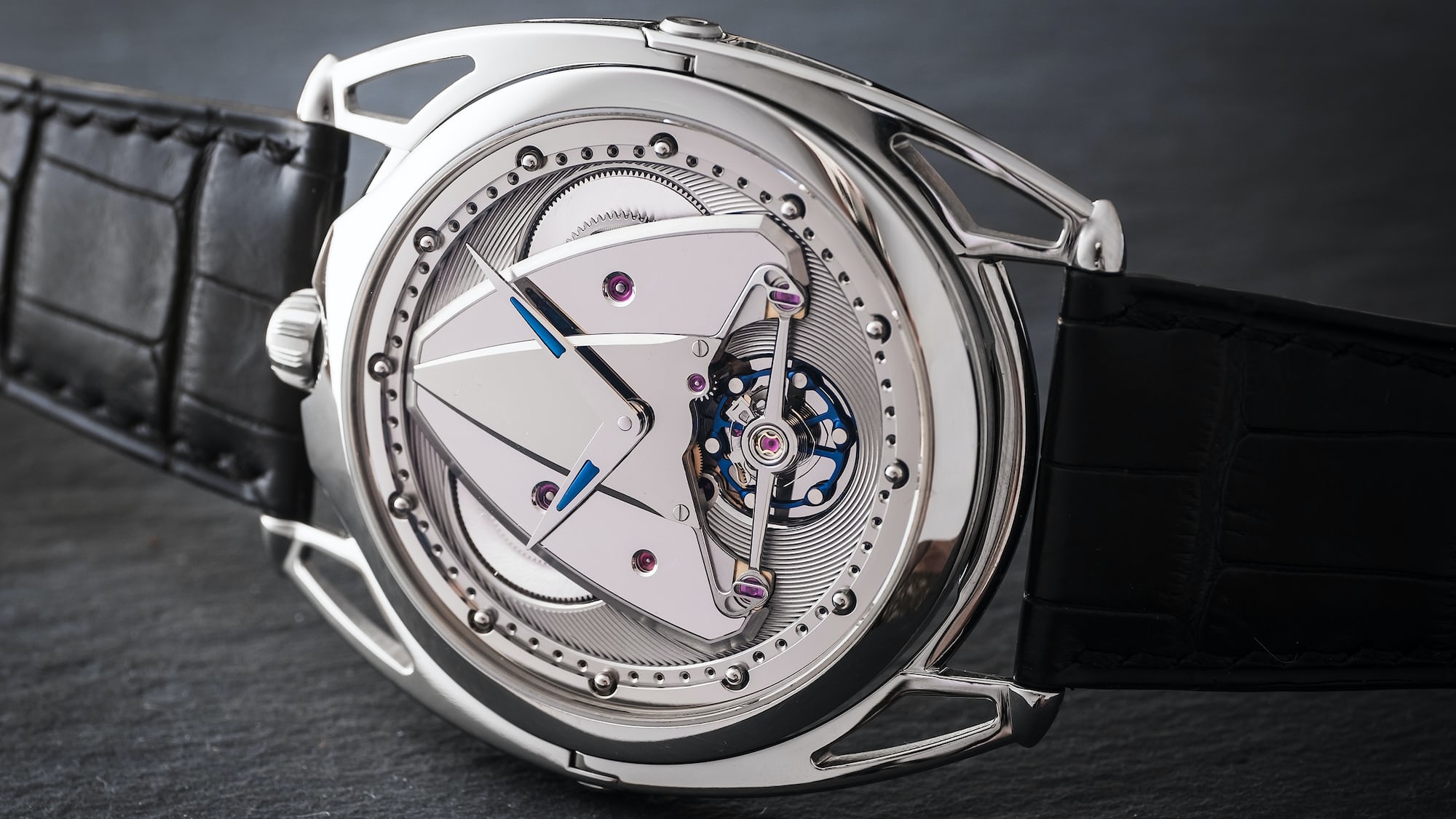 De Bethune is a company quite unlike any other I can think of in modern horology. Over the 18 years since the company was founded by Denis Flageolet and David Zanetta, it has been responsible for many patents and dozens of innovations, many of which have to do with the most basic and essential elements of a watch: the balance and balance spring. At the same time, De Bethune (now headed by David Zanetta and CEO Pierre Jacques) has also created a visual language for watches which is unlike anything in modern watchmaking. In fact, it’s unlike anything else in the entire history of watchmaking (and if anyone can prove me wrong, I’ll eat a box of mainsprings, no ketchup).

Personally, my heart will always belong to the Digitale (with which I had an all too brief magical moment in 2017 – that circular moon phase gets right in amongst me), but I don’t think there is much doubt that the DB28, in all its iterations, remains the single most recognizable De Bethune watch. Our first look at the DB28 took place the year after it was launched when, in 2011, it won the Aiguille d’Or (grand prize) at the Grand Prix Horlogerie de Genève. Most recently, James Stacey gave us his thoughts on the DB28 Grand Bleu, a most unusual dive watch (to put it mildly) which has its own internal electrical dynamo to power the illumination system for the watch.

Recently, De Bethune has announced a series of three DB28 watches to celebrate the 20th anniversary of the DB28 family, and the first we’re bringing you is the DB28XP – an ultra-thin model with a redesigned case, improved ergonomics, and that unmistakable DB28 look.

The DB28XP is the DB28 stripped to its essentials. The spherical moon phase on the current standard issue DB28 (if you can even say such a thing) is omitted, and while the DB28 measures 42.6mm x 9.3mm, the DB28XP comes in at 43mm x 7.2mm in titanium. The watch is a veritable catalogue of variations in metal finishing. This is not the sort of thing that just anyone can get away with (it doesn’t take much in terms of excessive variety in dial and case finishing to seem excessive, but De Bethune has had 10 years of practice with the DB28, and it shows).

De Bethune also says that the case has been given a more pronounced curvature, and the articulated lugs, which actually pivot around an axis running through the horizontal center of the watch, have also been redesigned with a view to making the DB28XP as comfortable to wear as possible.

Technically, the watch remains as cutting edge as its overall design. The movement uses an entirely in-house regulation system. The balance is in titanium and white gold, and it was the subject of a 2016 patent. The flat balance spring’s terminal curve is protected by a 2006 patent and the “pare-shock” antishock system by a patent dating back to 2005. In titanium, the DB28XP retails for $79,000.

There are a lot of high-end, small-batch, artisanal companies about which you could say, “their watches aren’t for everyone,” and you could certainly say that about De Bethune. However, I’ve always kind of felt that their watches that aren’t for everyone are for more people than anyone else’s. And over the years, a totally unscientific look at a statistically insignificant number of watch enthusiasts, which have taken place during hours and under circumstances not conducive to rational discourse, have I think tended to bear out this view.

I’m not sure what it is about their admittedly very distinctive and highly individualistic style of watchmaking that makes it so appealing – except, well, perhaps I’ve said it: It is very distinctive and highly individualistic. The DB28XP, to me, is a wonderful example of just those elements which make their watchmaking attractive. They are sleekly modern machines which, at the same, time utterly reject the notion of exalted utilitarianism as a design objective in watchmaking; they want to dazzle the eye, stir you to wonder, and encourage you to perhaps look a little bit heavenward and consider just what the outer limits for watch design could be. I always feel as if I simply couldn’t sustain the lifestyle one of their products would seem to necessitate. They have always struck me as watches for the gent who has a vintage Bentley R Type parked in the garage next to his biomorphic, chrome bright personal starship. But I’d certainly love to have the opportunity to try.

Last but not least in the Fine Watchmaking Collection this year is this one: the Rotonde de Cartier Minute Repeater Mysterious Double Tourbillon – and it’s, you know, just what it says on the tin. While I don’t know that this is an entirely harmonious watch aesthetically, of the three, it’s still the one I...