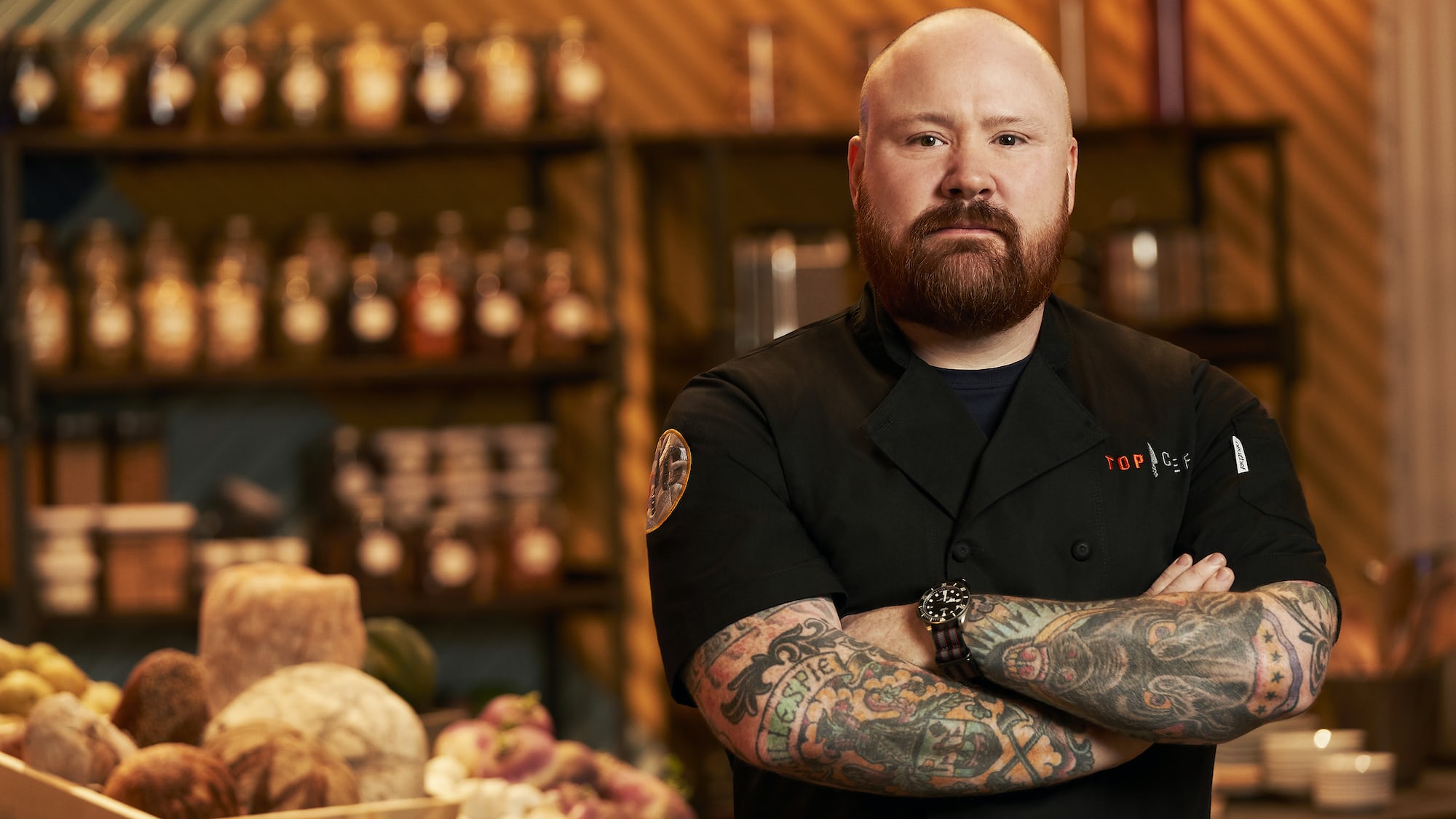 Chef Kevin Gillespie, who originally appeared on season six of Top Chef, has an interesting and powerful story that deeply informs his personal and professional life. Following his initial appearance on Top Chef, Gillespie went on to become a seriously decorated chef, opening five restaurants and becoming a six-time James Beard Award nominee. But of course, life always throws a curveball. About a year and a half before his appearance on the current Top Chef season, Kevin was diagnosed with cancer. He spent a year in treatment fighting the disease before, fortunately, recovering. In the opening episode, Kevin says that the reason he is competing on the show at all is to, “prove I’m not dead.” Inspiring, to say the least.

While adding a small seconds display doesn’t exactly foreshadow something like a chronograph or a GMT function (nor a Sistem51 minute repeater), it does speak to there being some flexibility in the structure of the movement and a continued intent from Swatch to keep the Sistem51 a strong part of their line up. From $215,...

In case you’re curious, the name Vantablack is a combination of an acronym – Vanta – with the word black. Vanta, in turn, stands for Vertically Aligned Nanotube Arrays, and it was developed by Surrey Nanosystems in 2014. Basically, the material is a kind of microscopic forest of vertically aligned carbon nanotubes. When light strikes...